How often are you faced with something important you want to accomplish -yet seems unlikely? Often emotions associated with this need for change creates friction that keeps us stuck.  The problem or situation has been on place so long, it seems the emphasis has been on perfecting coping skills rather than leadership skills to affect the needed change.

I encourage Sticky Leaders to use the nuclear option—Fision.  Better known as Focused Vision. 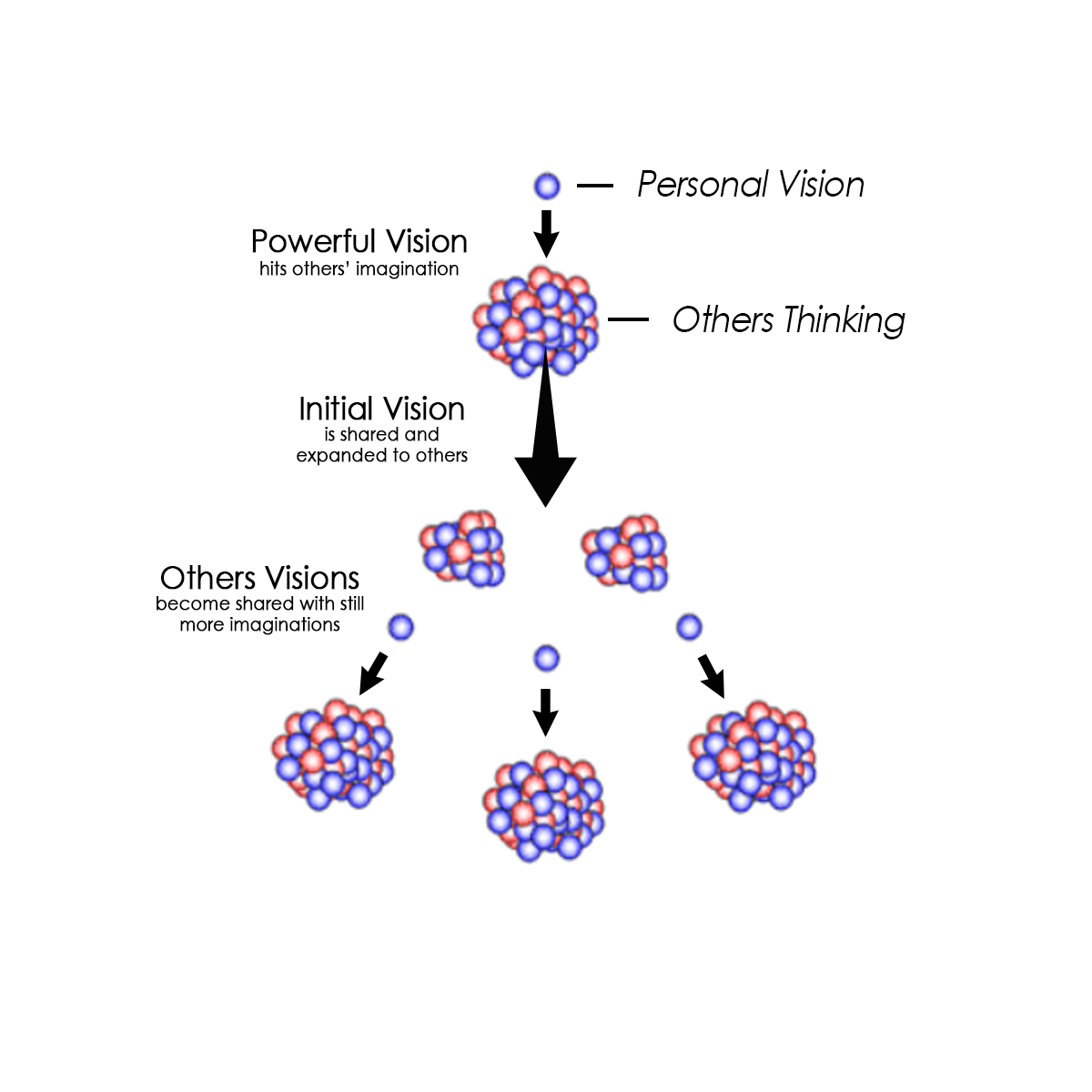 Just as in nuclear physics and nuclear chemistry, where fission releases a very large amount of energy, the Focused use of Vision releases a type of leadership energy, called Fision, that removes the kinks in the hose keeping positive change from happening.  Often what is holding unwanted circumstances in place is the belief that there is insufficient energy or resources to produce the desired change, or the belief the change just isn’t likely.

Here is a real-life example of Fision in action. The customer service department of a popular sofa manufacturing company was facing overwhelm.  The number of outstanding parts orders was depressing and difficult to deal with day-in and day-out.  Adan, a member of the team decided to use the breakthrough concepts from Sticky Leadership and began by crafting his vision of a new future that he hoped would inspire others.  Here is what he wrote and then shared:

What do you think the initial reaction from his team was when he shared it in his weekly team meeting?  Yes, there were a few eye rolls.  The obvious skepticism was somewhat subdued as the group hadn’t yet learned how to talk productively about difficult things.

The following week Adan again opened the meeting by reading the vision, and then simply asked: “What is the number one thing (kink in the hose) keeping this vision from occurring?”  The team made a list of everything they thought was the number one thing.  They then worked down the list to the dominant item: the sharing of relevant information with everyone involved in clearing their backlog.

They then decided to work on this one thing.  The following week, Adan asked if someone on the team would read their vision narrative?  Now it was different as a new voice began to say what was not seeming a bit more attractive, but still a dream that would be nice to have.

They continued to work on the “one thing”.  Slowly, over the next few weeks, a few “wins” occurred and others in the weekly team meetings were given the task of opening the meeting with the vision that was now looking even more attractive and oddly more possible as the little wins occurred.

Watch the video as I interview Adan after a few months to see what happened.

If you want to learn more about the breakthrough process Adan used, order Sticky Leadership and read the first part of the book.  He just followed the process outlined there.